The Sky Did Not Fall in San Francisco 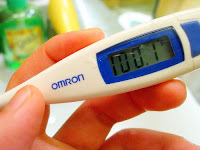 As states and localities continue to debate earned sick time laws, it is important to look at the track record so far in San Francisco, the only city to have had such a law on the books since 2006 (Milwaukee passed a paid sick and safe days ballot initiative in November 2008, but it has been held up in court, and paid sick and safe days legislation took effect in Washington, D.C., in March 2008).  Despite predictions that "the sky would fall" (employees would be laid off, businesses would close), San Francisco has shown that even during a recession, cities can benefit from earned sick time.

In September 2008, IWPR released a report looking at the early impact of earned sick time on the San Francisco economy compared to local counties.  From February 2007-February 2008, employment increases in San Francisco were on-par with Marin and San Mateo counties and "substantially above" the rate of change in Alameda, Contra Costa, and Santa Clara counties.  In the restaurant/hospitality industry, where most of the negative impact was expected to occur, employment increased by almost 4 percent between December 2006-December 2007. By comparison, Alameda, Contra Costa, and Marin counties showed employment growth of 1 percent or less, while Santa Clara county had negative employment growth.  San Mateo county was the only county with higher employment growth than San Francisco.

While the reports do not offer other reasons for the employment differences between San Francisco and its surrounding counties, it seems clear that offering earned sick time has not proved detrimental to the local economy.  Since passage of the bill, both the San Francisco Chamber of Commerce and the Golden Gate Restaurant Association have said that earned sick time had not caused undue hardships for members and was in fact good public policy.

So, as we continue to work on earned sick time here in Pennsylvania and across the country, please remember the positive impacts it has had so far.  If you would like to support earned sick time, please sign our petition, join our coalition, and/or contact your legislators today!