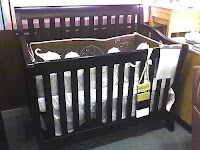 
For millions of Americans, a major illness or family crisis means time off work with no pay. In recent years, several states have passed their own paid leave programs. Half a dozen more are trying but are largely stalled by the bad economy.

Now, the Obama administration's proposed budget aims to encourage states to push ahead.

What do you think about paid family leave? Let us know in the comments!