Profitability and Workplace Flexibility Can Go Hand in Hand, Even for Small Businesses 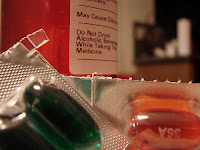 Earned sick time is often considered a "worker-friendly" policy.  Unfortunately, in some circles, "worker-friendly" is synonymous with "anti-business."  However, as many businesses across the country have pointed out, sick employees do not make for high productivity or good business practices.

In a recent article on TheHill.com's Congress Blog, two small business owners point out that "we want workers to stay home when they’re sick and not infect others – and they can’t if the time isn’t paid, or if taking off routinely results in discipline."  They point to the need for national minimum standards "akin to the minimum wage – we exceed the basement to get a competitive advantage in attracting great employees, and our competitors can’t undercut that with bad employment practices."

Earned sick time is one of many minimum standards that can benefit workers, businesses, and the economy.   Since an earned sick time bill became law in San Francisco in 2007, both the San Francisco Chamber of Commerce and the Golden Gate Restaurant Association have said that earned sick time had not caused undue hardships for members.  The Executive Director of the Restaurant Association has gone so far as to say "paid sick days 'is the best public policy for the least cost.'"

As we continue to examine the need for earned sick time, we need to hear from more businesses such as the two who wrote TheHill.com's blog post.  Just recently, we heard from the Health Federation of Philadelphia, who believes earned sick time "keeps us competitive as an employer, contributes to employee loyalty and, thereby cuts down on turn-over."

If your business provides earned sick time, please let us know, and help to show that worker-friendly policies are also business-friendly, even in today's economy.