Below is a letter from Kathy Black, Chapter President of Philadelphia's Coalition for Labor Union Women, who has been a strong supporter of the Coalition for Healthy Families and Workplaces.  Please send your own letter to Mayor Nutter and send us a copy as well! 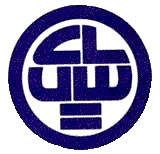 On behalf of hundreds of union women and men represented by CLUW, I am writing to urge you to change your position and support the above referenced Bill. While I knew you had raised some concerns about the impact of the Bill, I was still surprised when Commerce Director Greenberger voiced your outright opposition at the recent hearing before the Committee on Public Health and Human Services.

Many of the arguments the business community used then to oppose your Bill are the same points they are making today. Given the experiences of other cities and all the other industrialized countries of the world with earned sick leave laws, it is clear that the predictions of extreme financial burden on business are overblown.

Perhaps you remember when Councilman Rick Mariano went on a rant on the Council floor, insisting that Joe Driscoll’s business would collapse and his children would starve to death if your anti-smoking ordinance passed. I challenged Councilman Mariano in my testimony, and you and I laughed about how Mr. Driscoll and his family could move to Ireland, already a smoke-free country, where he had a similar, thriving pub.

We know now that Finnegan’s Wake is alive and well, and that implementation of your anti-smoking ordinance was not the cause of mass business collapse or departure. To the great relief of the public, we can all eat in our favorite restaurants without having our lungs polluted, and we are grateful that those serving us are protected from deadly disease. No one complains except the diehard smokers out on the sidewalk, and they get no support. It’s clear to all that passing that law was the right thing to do.

In a few years, we will all feel the same about the Promoting Healthy Families and Workplaces Act. No businesses will have died, but thousands of mothers will have been able to stay home and care for their sick kids without worrying if they can still pay the rent, or if they will have a job to go back to. Contagious disease rates in the city will drop, and our City health clinics will be less crowded. Cities around the country will thank us for having the courage to pass this modest legislation thus making it easier for them to do the same.

Please, Mayor Nutter, take the position on this Bill that is consistent with the values you have espoused in the past. You will obviously suffer no political jeopardy by doing so, and in fact, you will earn the gratitude and appreciation of the 44% of Philadelphians who have no earned paid sick leave, as well as those of us who are fighting for their rights and wellbeing.


The Coalition of Labor Union Women is a national constituency group of the AFL-CIO, founded in 1974 to address the critical needs of millions of unorganized women and to make our unions more responsive to the needs of their female members, especially women of color. CLUW identifies common problems and concerns of working women and develops action programs to address them.
Posted by KVS at 5:04 PM