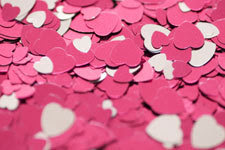 No one wants a hot Valentine’s Day date to turn into an all night party with their favorite bucket or box of tissues. But, when we eat out here in Philly, we take the very real risk that our waiter or our chef is working sick. It’s not very romantic.

Valentine’s Day is the busiest day of the year for restaurants, but a staggering 92.8% of people who work in food service here in Philly aren’t able earn paid sick days, this is much higher than the national average and it means that almost all Philly food-service workers have to make the impossible choice between going to work sick and losing a day’s pay – or worse, their job. [1]

We can save Valentine’s Day. The Philadelphia City Council will hold a public hearing in March on the need for earned sick days and the bill is coming up on a vote soon after. We’ve been collecting your comments and will be hand-delivering them to everyone on the Council – on Valentine’s Day! It’s not too late to add your message here. http://action.momsrising.org/letter/Phillysickdaysvday?amp=&rd=1&t=4&referring_akid=3904.274442.b6tDfy

Why are earned sick days so important? Everyone gets sick, but not everyone has access to the time off they need to recover. And when people are forced to make an impossible choice between going to work sick (and infecting coworkers and customers) or staying home and risking losing a day’s pay, or possibly even their job – we all lose.

We have high standards for how we treat each other here in Philly. We know that earned sick days are a common sense, humane, workplace regulation that protects Philadelphia families. Earned sick days are a matter of justice. They’re also good for public health and the economy. It’s a win-win deal.

Washington D.C., Seattle, San Francisco, and Connecticut have all successfully enacted paid sick days policies. And in San Francisco, a recent survey found that paid sick days have NOT had the negative consequences opponents falsely predicted. The policy was easier to implement than anticipated and employees are using less than half of the paid sick days they earn. [2] Sick days didn’t hurt the economy either. After passing the ordinance, San Francisco reported higher job growth than its surrounding counties. [3]

Tell the City Council that you are ready for their Pro-Family, Pro-Business vote in favor of earned sick days for Philadelphia. Send the message now. http://action.momsrising.org/letter/Phillysickdaysvday?amp=&rd=1&t=4&referring_akid=3904.274442.b6tDfy

And thanks for saving Valentine’s Day!

PS. Want an invite to the public hearing next month? Email mbellesorte@pathwayspa.org and we’ll get you all the details!