NutterWatch: 2 Days To Meet the Needs of Philadelphians with Autism


On March 14, 2013, Philadelphia City Council passed a bill providing the opportunity for most workers in the city of Philadelphia to earn paid sick days. Mayor Michael Nutter has until April 4, 2013, to sign the bill into law or to let it leave his desk unsigned.

Either choice will pave the way for nearly 200,000 workers in Philadelphia to have access to earned sick days for the first time.

Until April 4, or until the Mayor signs the bill, NutterWatch will be here to give you the latest updates and to share the latest stories. To add your name to a petition asking Mayor Nutter to sign the bill, please click here. 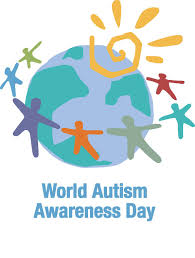 Today is the 6th Annual World Autism Awareness Day.  Awareness of autism has been growing in recent years thanks to many champions of the issue, including Councilman Dennis O'Brien. Here in Philadelphia, we have an opportunity to increase our awareness by increasing the access parents and families have to doctors - that is, by supporting earned sick days.

Data from the Pennsylvania Autism Services, Education, Resources and Training Collaborative (ASERT) shows that nearly half of Philadelphia families need to visit 3+ doctors just to get an Autism Spectrum Disorder (ASD) diagnosis. 23 percent of caretakers reported they had to decrease their work hours following a diagnosis. Almost 60 percent reported having to work fewer hours or having to stop work altogether.

Early diagnosis is critical to treating autism - but how can a family without earned sick days have time to get to just one doctor, much less three or more? How many of the families who have to work fewer hours might be able to get by if they could earn sick days?

If Philadelphia is going to be aware of autism, we also must be aware of the needs that families with ASD diagnoses' face. Earned sick days won't cure those needs, but they will certainly give more options for treatment. If you think Mayor Nutter should make earned sick days an option for working families, please sign our petition and let him know!


"We have put a 'mom and pop' exemption in so companies with five or less employees would not have to provide any paid sick days," he said. "We've excluded interns, pool employees, that kind of thing. So we think we've made this a very palatable bill."


Where in the World is Mayor Nutter?
Mayor Nutter has nothing on his public calendar today.You can find Mayor Nutter's daily schedule at http://www.phila.gov/mayor/itinerary.html.
Posted by MB at 2:59 PM